THE VISIT OF RESPECTABLE WINE JOURNALISTS FROM ALL OVER THE WORLD

THE VISIT OF RESPECTABLE WINE JOURNALISTS FROM ALL OVER THE WORLD 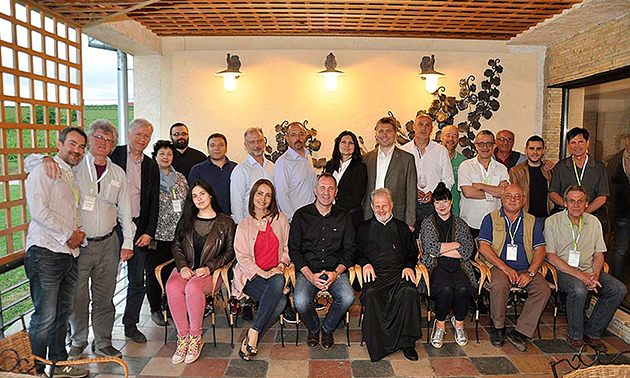 The group of international wine journalists who stayed in Serbia between 25th and 29th of May visited many Serbian vineyards such as Fruška gora, Župa, Negotinska Krajna and of course Šumadija.
Ronn Wiengand, an American living in Hungary, the first man who merged the titles of Master of Wine and Master Sommelier, and one of the most respected wine experts in the world, picked a few wines which made the greatest impression on him. He pointed out that before coming to Serbia he had not known a lot about Serbian wines and that he was pleasantly surprised by the landscape, food and hospitality as well as that he got the impression that the quality of Serbian wines is on an enviable level. According to him, he had the opportunity to taste many high-quality wines in Šumadija, but Merlot 2015, Sumarum – Art Wine winery made the greatest impression on him, for which he says that it is the example of a perfect variation. These and similar assessments by many world known experts represent a great award for our work and dedication, but also an enormous motivation to continue to make even better wines.

Art Wine © 2018. All Rights Reserved. Site made by Pravac.com